How many hours per week would you play video games? 20? 40? More? Games have come under the scrutiny of many psychologists, claiming that many players may be addicted, and as a result games are having an adverse effect on their lives.

Many scholars are pushing for video game addiction (VGA) to become an official psychological disorder under the Diagnostic and Statistical Manual of Mental Disorders. They believe that too much screen time can lead gamers to show the same signs of addiction that a drug addict would display, including disregard for personal hygiene, change in mood, avoiding social situation and sleep deprivation.

However, of the research that I completed in preparation for this article, very few sources had any evidence at all to back it up. Is VGA really a problem? Or is it just conjecture, another phantom illness created to prohibit the length of time we spend playing games. It’s no secret that the media is not a fan of gaming, many articles have been produced condemning games, and it seems as though every recent murder or stabbing or shooting is attributed to Grand Theft Auto, Call of Duty or any other game involving violence.

Of all the studies I investigated, one that did have substantive evidence to back up the accusations was a case study carried out by Marny Hauge & Douglas Gentile in Flordia in 2003. The experiment took 2 groups of 14 – 15 year olds, one group considered to be addicted to video games, the other considered to be non-addicted, and recorded their behaviour of the past year. It was shown that the children addicted to games, playing on average 21 hours per week, were more aggressive, starting a larger number of fights with friends, family and teachers (seen above). It also showed a decline in their grades when compared to the non-addicted category.

It’s hard to argue with results, although it does not provide us with the hard facts needed to support VGA, it does, however, establish a connection between the behaviour of children and the number of hours played. Is this an issue that could be attributed to parents? Is there not a possibility that 20 or so hours of gaming per week would show that there is a present lack of discipline in the childs household? Would the results be any different if another activity was used in place of gaming? 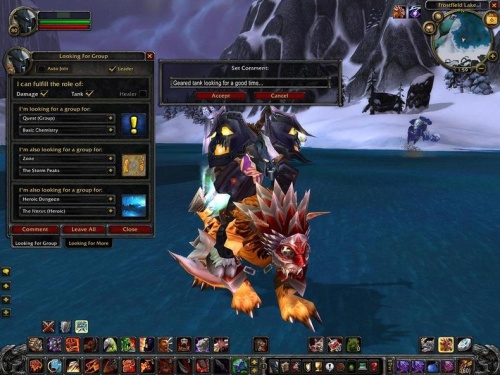 It would be impossible to talk about VGA without mentioning MMORPGs, and in specific World of Warcraft. As of October this year WoW has over 10 million active subscribers, making it the biggest paid MMO in the world. It’s the sense of reward that keeps gamers playing WoW, it’s structured to provide the player with small, consistent rewards, such as a level up or new piece of gear. It’s this drip feed of prizes that keeps them hooked. I took the time to speak to a self-proclaimed “hardcore” WoW player on his gaming habits:

How many hours would you play games per week?

“40ish per week, most of that will be WoW. I usually log 20 hours at the weekend alone.”

Why WoW? Have you tried any other games?

“I still play other games, but WoW is the one that keeps me coming back. It’s such a good community and I have a lot of friends there, we run instances and raids, it’s a lot of fun.”

Would you consider yourself to be addicted to video games?

“No, I mean I probably play a bit too much lol but I enjoy it. But I wouldn’t say I’m addicted, if I wanted to I could stop.”

Have you ever skipped meals or lost sleep over WoW?

“Lol yeah, quite a lot. Sometimes I sit up to 3 or 4 in the morning playing, instances can take hours at a time to finish and I don’t want to leave half way through it would ruin it for my friends. Now it does sound like I’m addicted, I promise I’m not lol”

While this is the opinion of only one gamer, it gives us an insight into the mind of an MMORPG player. The answers he provided are quite contradictory, stating that he does not believe he is addicted, but his gaming habits are clearly having an effect on his life and sleep deprivation may in fact be an issue here. 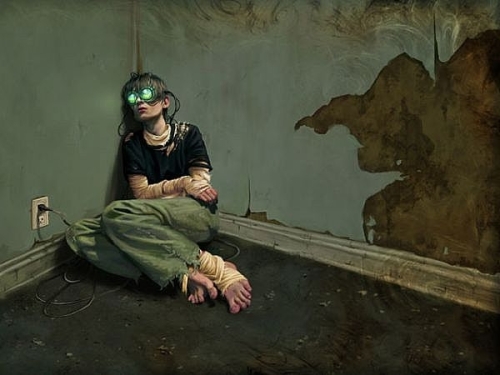 Gaming addiction has become such a large problem that a number of support groups have been set up to help both excessive gamers and families and friends of excessive gamers overcome their problem. One such organisation is OLGA (Online Gamers Anonymous), they provide a 12 step program that they believe can help to combat and even overcome VGA, OLGA also boast a strong, supportive community with forums, chat rooms and regular skype meetings.

When I started my research for Video Game Addiction, I was adamant that there was no such thing. I play a lot of games, probably over 40 hours last week, yet I would not consider myself to be an addict. I hold down a full-time job and have a good circle of friends, gaming has never come before either. However, the more I read, the more I realised that there were people out there who genuinely did have a problem that they could not control. Sure, the case studies were inconclusive and shed no light on the subject, but the real eye-opener was reading the many stories from mothers, friends and even gamers themselves. Below is an extract of a post by an excessive gamer, who will remain nameless as requested:

“I’ve had all these plans. I have so much going for me but now it’s screwed over. My school is suffering, I’m ignoring my friends, I’m staying up until 4:00 in the morning. my website is suffering, I’m not working on my art (i have an artshow coming up) I’m neglecting real life again. I feel like real life doesn’t exist anymore.

I JUST deleted IMVU and put my account up for sale on YouTube. Hopefully someone will want to buy it so I’m not tempted to play again.. I need all the support I can get to stay away from that game. I have many “friends” on there that keep trying to pull me back in game.  I NEED to quit MMOs for GOOD! I get addicted too easily. I need all the help I can get.”

In conclusion, would I say that I believe in such a thing as Video Game Addiction? In short, no. While preparing this article has been somewhat of a revelation  I still do not think there is enough hard evidence to support that VGA is in fact an addiction. What is your opinion on game addiction? Do you believe it is something we should be aware of? Or just another gaming topic blown out of proportion?

A 40k blog for the competitive gamer!